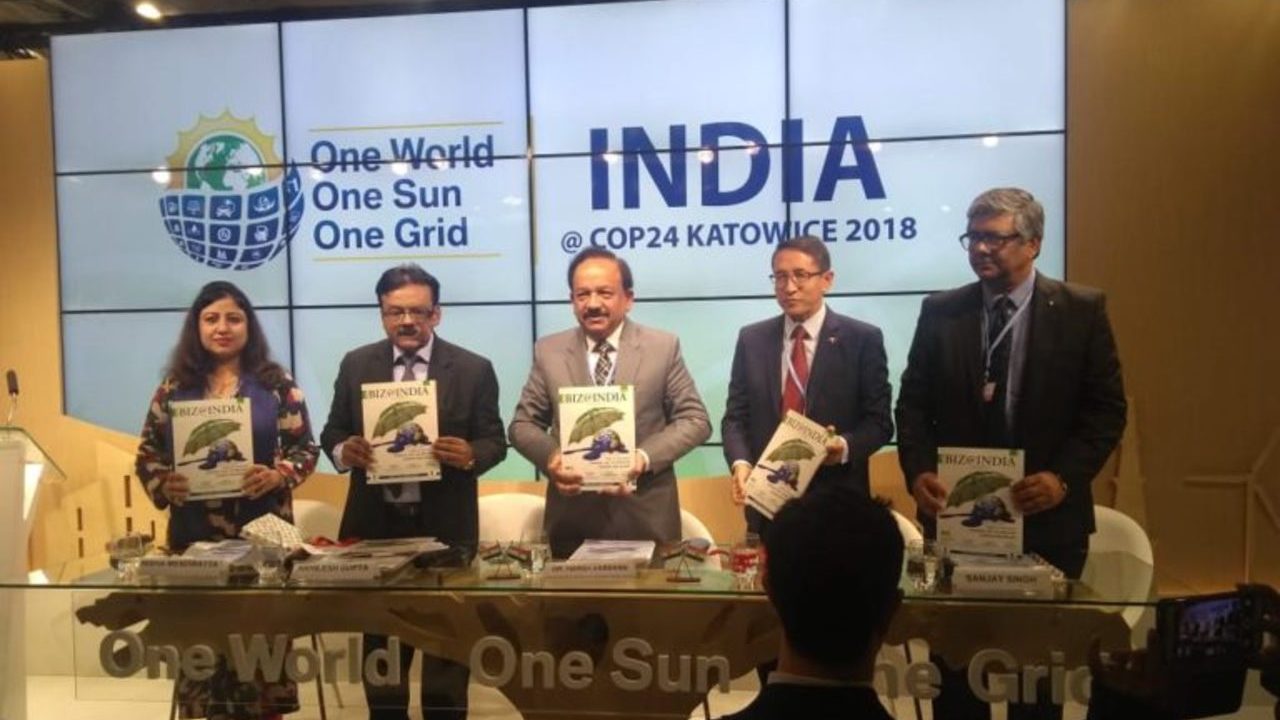 Biz@India’s special issue on COP 24 ‘Paris to Katowice’ which contained such detail appraisal in story-telling mode was published by Media India Group, a Paris and New Delhi based media powerhouse dedicated in promoting India’s efforts in sustainable development. It was supported by the Indian Embassy of Poland. 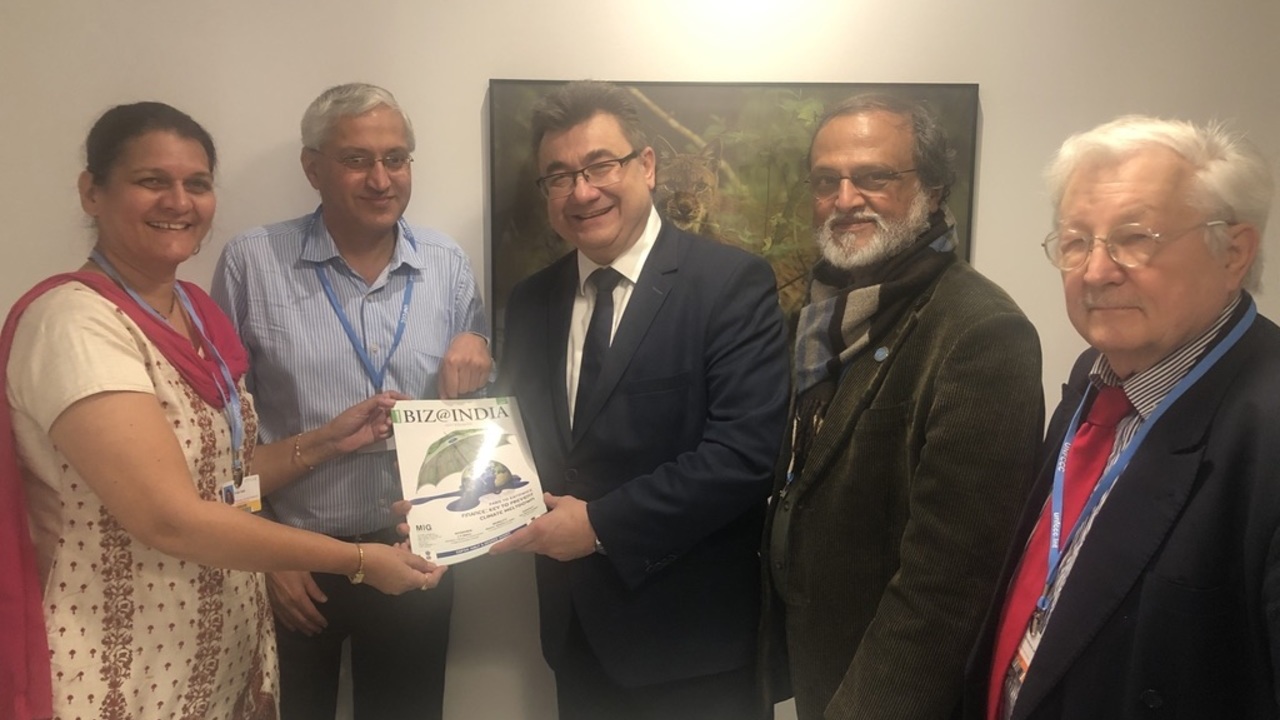 “Under the vision and guidance of our Prime Minister we have aligned and synchronized our climate commitments, called Nationally Determined Contributions, NDCs, submitted to UN in 2015, with India’s development goals”, said the Minister Dr. Vardhan while releasing the publication, signaling that climate change is an integral part of Sustainable Development. 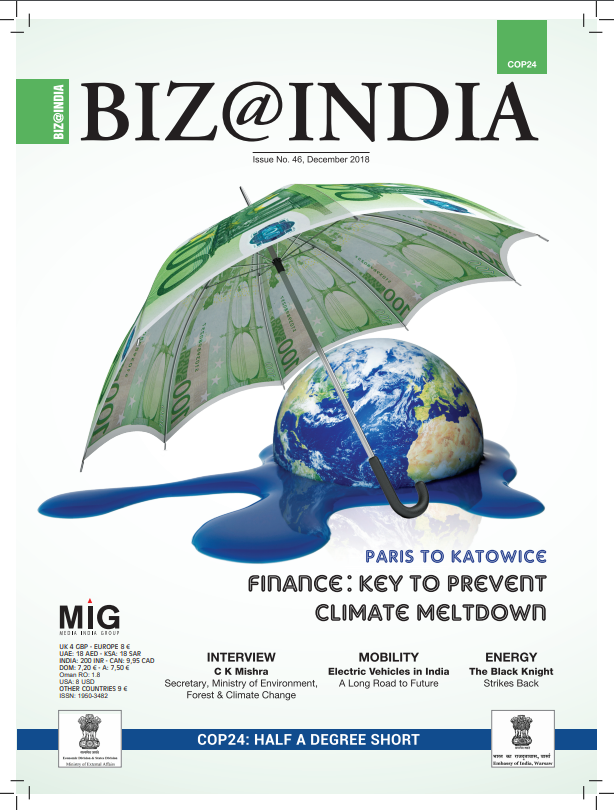 The special issue catalogues the extensive dialogue with the Secretary of MOEFCC, Mr. C.K. Mishra who outlines the topics on the table in ongoing COP24. The special issue contains the stories on the “LED there be light” about India’s lightning-speed LED revolution, “Half a Degree Short” about wake up call for Finance Ministers, “ Black Knight” about global addiction for coal, truly organic and climate resilient agriculture in Sikkim, Renewable energy’s ‘sunny future’ in Waste Bengal, and how India is leveraging the Montreal Protocol to tackle Climate through ever-expanding energy guzzling air-conditioners in hot and crowded world.

“ We are deploying the effective communication modes of fact-based story-telling on the 25 years of complex issue of Climate Change”, said Ranvir Nayar Editor-in-chief and Rajendra Shende, Editorial Advisor of Biz@India.