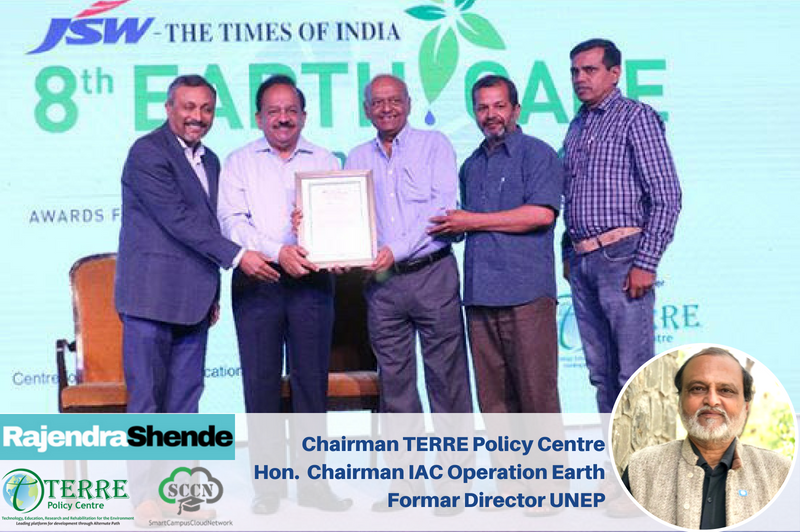 If you are asked to name a river in Kutch in Gujarat, you would wonder if there exists any. Kutch at the time of the Alexander the Great and King Poras, Kutch was all sea. Now it is salt-desert. But it does have rivers.

One of them is theRukmavati Riverwhich empties into theArabian Sea Mandvi, an ancient port town, is located on the banks of this river just at the mouth where it meets the Arabian Sea near the Gulf of Kutch.

Mapping the banks of these rivers which are flooded during rains only, helps in fetching the fresh water on sustainable basis for the people there. An initiative by the Vivekanand Research &amp; Training Institute, (VRTI) Kutch, Gujarat did exactly that, and much more. That won them Earth Care Award of JSW and Times of India.

As a member of the jury, I was astonished to read and see how the NGOs work in arid, salty hot and humid land and help the communities setting the example of sustainability.

The project has successfully demonstrated aquifer mapping-based watersheds, and integrated rural development interventions in the river basin area of 600 km2 of the River Rukmavati. Like the solid rock on which Swami Vivekanand did his meditation, the volunteers from VRTI, established in 1975, meditated in Desert of Kutch to fetch the ground water for the community-along the banks of 50 km length of river.

Arid Technology and Community, another NGO, partnered with VRTI to carry out hydrogeological study, of the river basin from origin to the mouth of the river.

And what is outcome?

New term of ‘Para Engineers’ in line with ‘Para medics’ was assigned to the volunteers who helped design the check dams, carry out agricultural extension, animal husbandry, rural marketing.

At the mouth of the river, seaweed like Kapaficus, Sargassum are cultivated by fisher women from Salay Village The seaweed is harvested and processed to prepare Herbovita which is used as fertilizer.

The Para Engineers and mentors are helping develop market linkages for the Rukmavati Farmer’s Producer Company. They have tied up with Agrocel company for provision of drip irrigation and natural fertilizers to member farmers.

Centre for Climate Change and Health : launched on World Health Day. May 14, 2018